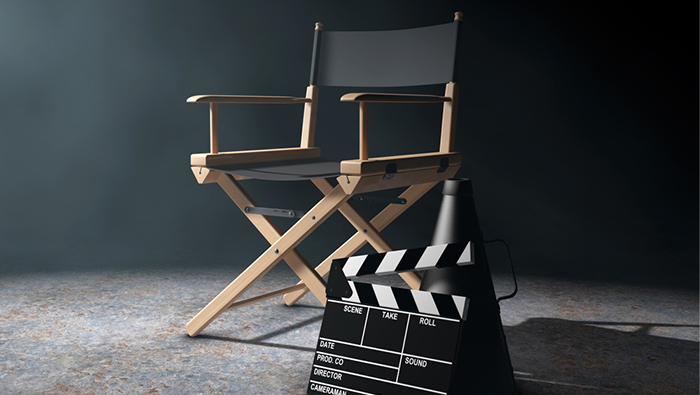 The Harvey Weinstein scandal, followed by the murder of George Floyd, unleashed a long-overdue and ongoing period of reckoning for many organizations and individuals, not least in the film industry. Most organizations scrambled to react.

DGC Ontario had a head start.

“When the Weinstein story came out in the fall of 2017, everyone asked me if we have training that addresses the issues it raised. I replied, ‘Yes! It’s this weekend.’ That’s how far ahead of the game we were. It was a strange coincidence,” says Cristy Becker, DGC Ontario’s Professional Development and Training Manager.

A long-term partnership with Natasha Tony, labour relations specialist and CEO of Elevate Inclusion Strategies, meant that the Guild had already shown a willingness to challenge the type of toxic film set culture that allowed Weinstein and others to abuse women for decades.

Natasha first taught the Guild’s innovative “Respectful Workplace Training,” and now offers “Leadership in the Workplace” training for supervisors. She also supports the Guild with its equity, diversity, and inclusion initiatives in general. A unique aspect of the partnership between DGC Ontario and Natasha is her extensive background as an Extras Casting Director and as a Union Representative. “People in the film industry tend to trust people who understand what this world is like and that it’s not the same as the corporate world. That’s a huge factor in our success,” says Cristy.

A rapid growth in the industry over the last decade, as well as changing expectations of workplace culture, meant that specialized training for people in supervisory positions is needed.

“People used to work in jobs for several years before upgrading. We realized that was no longer the case, and felt training focused on the challenges facing supervisors would benefit those who weren’t getting as much opportunity to learn on the job,” explains Cristy.

Over 500 Members have now taken the ‘Leadership in the Workplace for Supervisors’ training. It’s mandatory for any Member who seeks to upgrade. Some Members, keen to improve their leadership skills, volunteer to sign up for it. It’s particularly popular with Assistant Directors who want to develop skills in cultural awareness, inclusive leadership, dealing with difficult situations, and conflict resolution — all critical skills in working with teams, particularly the more diverse crews that have begun to emerge.

“The supervisory training has been met with overwhelming positivity. A lot of the participants’ course evaluations say it should be mandatory for everyone,” says Cristy. “You’re always going to get people who say, ‘Can you waive the requirement for me? I’ve been a supervisor for 20 years. I don’t need it?’ We don’t do that. Once they have taken it, they usually see why it’s so valuable,” explains Cristy.

Leadership in the Workplace for Supervisors is also required for anyone on an interview panel for the Guild Apprenticeship Program. Among other topics, panel members need to understand the powerful impact of unconscious bias on decision-making, and how bias can seriously disadvantage applicants from underrepresented groups.

Victoria Harding, Executive Director of DGC Ontario, and former working Member, speaks passionately about the need for greater inclusion. She is proud of all the work that has been done so far. “It’s important to have our workforce reflect the people in our neighbourhoods, and we support that 100%. Our Membership is diversifying very naturally as a reflection of our population. People from different cultures find their way to us as they become aware of film and television as a career option,” explains Victoria. “As the Membership changes, it’s critical that they join an industry in which all individuals have the same opportunities to thrive, grow and be safe at work.” Victoria is optimistic that this has already started to happen.

Along with their training initiatives, DGC Ontario supports several programs, partnerships, and outreach initiatives targeted at Underrepresented Communities (Indigenous, Black, and People of Colour and/or 2SLGBTQ+). Full details of all those programs are provided in this DGC Ontario Diversity & Inclusion Initiatives one-sheet. Victoria believes that first-rate training is a key component for successful inclusion. “We need to support appropriate learning and on-the-job experience so that when people go into new jobs, they are ready for them, and they are positioned for success,” she explains.

If opening doors is key to greater inclusion, it is just as vital to ensure that once access improves, film sets are safe places for all. That requires that all Members have a collective understanding of what an inclusive workplace looks like, and their part in creating that type of work environment.

“It’s important to have the workforce reflect the people in our neighbourhoods, and we support that 100%. Our Membership is diversifying very naturally as a reflection of our population. People from different cultures find their way to us as they become aware of film and television as a career option.”

Learning about inclusion has been eye-opening for Cristy and Victoria. They both mention a short but impactful video on microaggressions shown during Natasha’s Building Inclusive Organizations course, which Managers, Board Members and D&I Committee attended over 2 weekends in June 2021. Victoria recalls comments, which she now recognizes as microaggressions, heard throughout her life and she now better understands how debilitating such comments can be in the aggregate. It’s helped her view things through a different lens: “Realizing how that translates into cultural sensitivity resonated with me very profoundly,” she reflects.

Teresa Ho, co-chair of the Guild’s Diversity and Inclusion Committee, says she also gained insight from the microaggressions video: “I have experienced comments that didn’t feel right. Now I can put a name to it.” Today, when she hears snide comments like, “Oh, we can’t say that anymore because it’s politically incorrect.” She responds with, “It was never okay.”

As a busy Producer, Teresa has also seen improvements in on-set culture, but she says it still depends on the set. She believes that a shift in generational expectations toward a more collaborative and less hierarchical approach will have a positive impact.

“As a leader, you have to understand the workforce you’re dealing with. The system we work in was put in place by our parents’ generation. I have a 20-year-old son. He was raised with collaboration and discussion. ‘Use your words’ was ingrained into him,” says Teresa. “If the ‘do as I say’ discipline so typical of today’s film sets is not the model of the future, leaders need to be ready for the change,” says Teresa. Inclusive leadership training is a vital component of that.

Teresa credits Natasha for introducing Guild members to the concept of empathy as a key leadership skill. “Natasha brings an empathy we didn’t know we needed,” says Teresa. She believes that focus is paying off: “I observe some people progressing through the ranks and I’m noting there’s more openness to health and family life. It used to be “suck it up” if you were sick. Now there’s more, “Go home. Take care of yourself.”

Teresa is also encouraged by the enthusiasm of DGC Ontario Members to join the Diversity and Inclusion Committee. “Originally, we asked to have two committee Members per caucus. But more than two wanted to join. We now have 15 members,” says Teresa. She recalls that 20 years ago she was one of few people of colour in the Guild.

The Diversity and Inclusion Committee, the Executive Board and the entire staff have all taken various training sessions with Natasha. This is to ensure that they have a common benchmark of knowledge around equity, diversity, and inclusion, and of the work to be done by DGC Ontario as it builds its operations with an inclusion lens.

Teresa, who took her first leadership training at summer camp when she was ten, is encouraged: “We always want to create a legacy. More inclusive leadership, as opposed to overt gestures that mean nothing, will become the norm rather than the exception. The mandated leadership and supervisory training courses open people’s eyes and help them more easily identify when things are wrong.”

Cristy, Victoria, and Teresa would all encourage other organizations and associations to initiate similar inclusion training. “It makes for a stronger Membership. This is going to make everyone better at their job and continue to put forth a positive image of the DGC as a whole,” says Cristy.