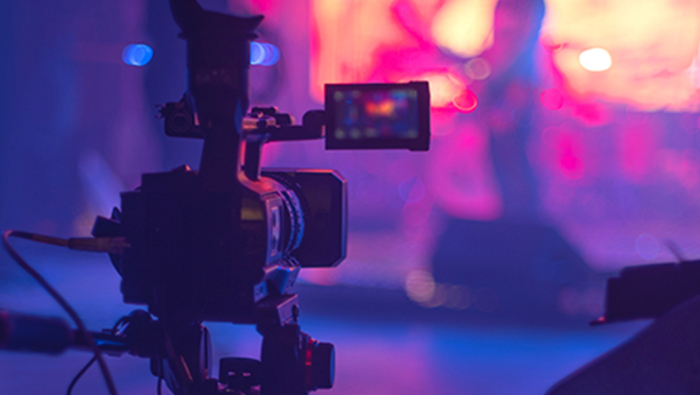 In 2021, as she transitioned to a production manager role, Fawn McDonald signed up for a two-day inclusive leadership training with Natasha Tony, principal of Elevate Inclusion Strategies. She’s glad she did. It transformed the way she works.

The retreat, currently offered online across North America, had a profound impact on Fawn; “It changed my life, personally and professionally. It’s affected how I manage myself and other people,” she says.

During the two-day retreat, designed for film industry professionals who wish to deepen their inclusive leadership practice, a section on the impacts of bullying and harassment particularly affected Fawn.

“We all wrote down what it felt like when we were treated badly at work. The words “hurt” and “humiliated” came up a lot and we realized we’ve probably caused those responses by not fully realizing our impact when we are short with someone, don’t have time for them, or even ignore them,” says Fawn.

The training, she says, has made her much more mindful of how she communicates with her co-workers, and more aware of the language and the tone she uses.

The retreat also raised Fawn’s awareness of how culture plays a big part in how we come across to different groups of people. “Natasha shows a video on microaggressions and their impact on people of colour and other underrepresented groups. After seeing the video, I realized that I didn’t understand that it was happening to people, in front of my very eyes, it was just so normalized and we were oblivious to how that makes a person feel. I felt quite sick,” says Fawn.

Microaggressions are statements or actions regarded as an instance of indirect, subtle, or unintentional discrimination against members of a marginalized group such as a racial or ethnic minority.

Fawn wasn’t the only film industry professional who felt the impact. “During that training there were ‘ah-ha’ moments when the whole group realized that as leaders we should pass this learning onto others in the production environment, it was incredibly rewarding, we all sort of got it at the same time,” says Fawn. She is now an advocate for film industry-wide diversity and inclusion training,

“It’s as important as safety training and should be mandatory for anyone in a supervisory or management position. I needed it and I didn’t even know it.” insists Fawn.

The weekend retreat also gave Fawn a new perspective on the big picture of film and television culture. “We’re an industry where 90 percent of people are white and older, and I’d been operating within that culture,” she explains. She’s now committed to being part of a culture shift toward greater inclusion. This shows in her more mindful approach to hiring.

“I used to hire the person it was easiest to call. I don’t do that anymore. In my most recent job I made a point of making sure my hiring was more inclusive. My first hire was a woman of colour who’d I’d worked with the year before. In turn, she brought in someone from her diverse network of contacts, further adding to the diversity of the team”, explains Fawn.

Fawn met that same woman while she was working as an on-set COVID-19 monitor — thanks to the pandemic, she’d just lost her restaurant job. The young woman showed a great interest in what was going on in production and Fawn took the time to train and mentor her. Fawn explained the call sheets, the production process and the role of all the different departments. She is now working towards DGC membership, has directed a short film, and is well on her way to a career in film.

A commitment to an inclusive mindset and way of working isn’t just a personal goal for Fawn. She wants to see the industry as a whole gear up for inclusion. This would include studios and unions and guilds investing in high school and college outreach to encourage underrepresented groups to consider a film career, and more diverse recruitment at film schools.

It would also mean studios investing in inclusion beyond stating that production needs to be inclusive and expecting department heads to put it into practice. It would mean heads of departments receive training in the importance of building inclusive teams and on inclusive hiring and retention. It would also mean heads of department being given the necessary time to hire inclusively and to mentor new hires. Without these investments, says Fawn, they will experience inclusion mandates as merely a burden.

“We need to tell the gatekeepers that it’s time to let underrepresented people into the film and television industry. We need to give them the training, space, and respect that they deserve in order to be safe and thrive within the industry.”

Fawn isn’t the only film industry leader who has embraced the benefits of inclusion. Hundreds of film and television industry professionals have taken Elevate Inclusion’s two-day Retreat on Inclusive Leadership for Film and Television taught by Natasha, a leading diversity and inclusion expert.

If you or members of your union/guild or production want to be part of the change, contact Elevate for details of upcoming sessions.